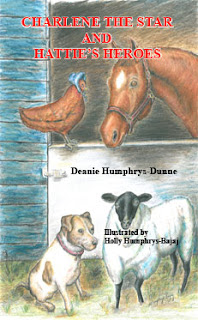 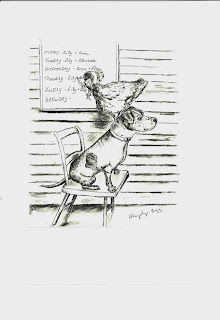 Today is a very sad day for our family because we had to have our beloved, dog, Elliott, put to sleep. He was at least 15-years-old and had been part of our family for 13 and a half years. He was the best ever and we are honored to have rescued him from the pound all of those years ago.
Elliott was something of a fixture at the local pound. He'd been there for six months when we met him. It was a few days after our chocolate lab, Riley, died after being hit by a car. Who would fill the big hole in our hearts? We planned to adopt a yellow lab named Molly, but when our son, Shane, met Molly, he didn't see anything special in her. Besides, people were lined up to adopt her.
Then we met Elliott. He was smiling from ear to ear and so excited to meet us. He jumped in my lap and planted a big, sloppy kiss on my cheek. He even pressed his tongue against my cheek and slid it, just to make sure I was impressed.
Elliott made us smile all the time. He loved to jump on our bed and sleep between us in the morning after he had breakfast. One of his other favorite pass times was to stick that big handsome head of his into the waste baskets and take out tissues. He looked so funny with pieces of tissues dangling from his chin. Sometimes he's carry them to his water bowl and  drop them in. I think Elliott was a decorator at heart because when he'd sneak into the porch, he loved sticking his sizable head into the recycle bin. Then he'd go down the stairs and redistribute all the containers around the yard until he thought it looked just right. 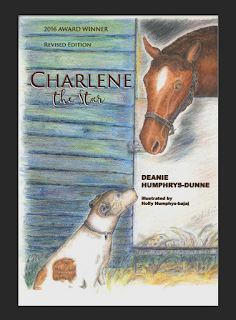 Now he's in doggie Heaven where he can play with lots of other dogs and have fun, the way he couldn't do on Earth anymore.
Elliott, we miss you, but you're unforgettable. You'll always be a star.
Elliott is featured on and in two of my books so I"m sharing his picture with all of you today. Shane had tons of pictures of him on his phone, but it was stolen, so these are the best pictures we can share with you.